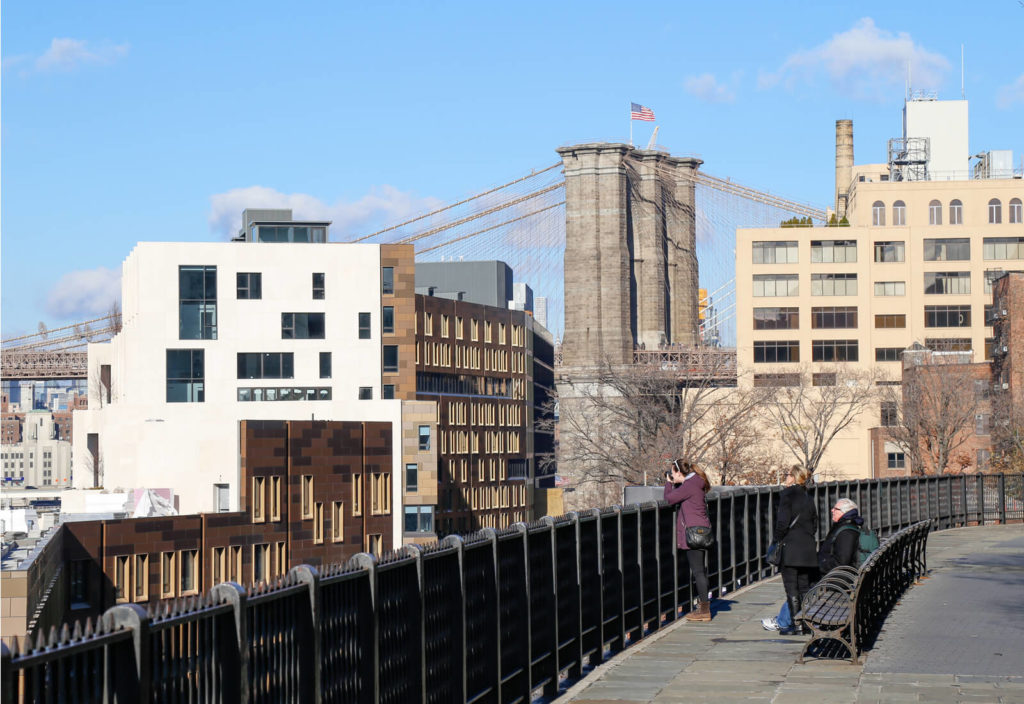 In the lawsuit challenging the intrusion by the southern building’s penthouse into the protected Scenic View District, the BHA and Save the View Now (STVN) moved for a preliminary injunction. The NYS Supreme Court ruled against the BHA and STVN in June 2016 on the grounds that the lawsuit had been filed after the expiration of the Statute of Limitations (SOL).

The original STVN lawsuit challenging the excessive height of the northern Pierhouse building was similarly dismissed by the NYS Supreme Court on the same grounds and the NYS Court of Appeals upheld the lower court’s decision in December 2017. Neither court decision evaluated the merits of the lawsuit, but only the technical grounds of when the four-month SOL began.

As the plans emerged for the development of the Brooklyn Bridge Park more than a decade ago, it became clear to the BHA and others in the community that the 110-foot high hotel/residential complex planned for the area adjacent to Pier 1 (now known as Pierhouse) would interfere with the view of the Brooklyn Bridge from the Promenade. As a result, the BHA led the community in advocating for a reduction in the height of that building and obtaining a 100-foot height limitation. That height was selected in relationship to the 97-foot height of the Cold Storage Warehouse, which stood in that area at the time. Standing on the Promenade at a point between Pierrepont and Clark Streets, it appeared that a three-foot higher building would still preserve the Promenade views of the Bridge, its roadways, and its necklace.

That agreement to limit the height of Pierhouse was incorporated in the General Project Plan and Final Environmental Impact Statement for the Park in 2005. The FEIS limited the northern Pier 1 building to 100 feet and the southern building to 55 feet, including any required parapet and mechanical equipment. An agreement to ensure that there would be no violation of the Scenic View District (a view across the East River protected by zoning statute) was incorporated in those documents as well. Years passed before the development of Pier 1. At some subsequent point, the developer’s plans changed. During the construction of the north section of Pierhouse, it gradually became apparent that the building was much higher than the 100 feet to which the Park had committed; the roofline with parapets is approximately 10 feet higher and there are two huge bulkheads on top of the roof, one 20-feet and one 30-feet high.

Enter “Save the View Now”

In late December 2014 a community organization called Save the View Now (STVN) arose to lead a fight against these violations of the 100-foot height agreement. STVN also learned that Pierhouse was not even located where it had been shown in the plans presented during the environmental review process—the southern end of the taller northern building was located north of Squibb Park in the plans presented to the community in 2005 and 2006. By moving that supposedly 100-foot building south, the expected improved views from Squibb Park and the Middagh Street area were completely destroyed and views from the Promenade even more negatively impacted.

After failed attempts to have the Brooklyn Bridge Park Corporation, the Empire State Development Corporation, and Toll Brothers correct these violations, STVN filed on April 21, 2015 an Article 78 lawsuit, which is the procedure for suing government agencies, seeking the court to enforce the Park’s commitment. BHA has supported STVN’s efforts from the beginning. Unfortunately, the motion was denied in June 2015, and again in September 2015. The NYS Court of Appeals upheld the lower court’s decision in December 2017 on the grounds that STVN filed its lawsuit past the four month Statute of Limitations imposed by Article 78. The Appeals Court did not evaluate the merits of STVN’s lawsuit.

Finally, as the penthouse on the southern building emerged, it became apparent that at least part of it violated the Scenic View District (SV-1), which is a zoning action that protects views from the Promenade, as well as the General Project Plan and the Final Environmental Impact Statement. BHA and STVN together filed a separate lawsuit in December 2015 in connection with the SV-1 violation against the City of New York, BBPC, and ESDC, citing that the developer and architect moved SV-1’s viewing reference line from which the view district is established in order to obscure Pierhouse’s intrusion into the protected view. The NYS Supreme Court dismissed the petition on June 27, 2016 again on the basis of Statute of Limitations.

From The New York Times (Jan. 25, 2016): “By Blocking View of the Brooklyn Bridge, a Building Incites a Battle”

For more information, visit the Save the View Now website here.