The Community Sent the City a Clear Message: We Won’t Back Down

A rousing refrain was heard at Wednesday night’s Town Hall that the Brooklyn Heights community will “stand its ground and won’t back down” in its resolve for a better BQE plan. This sentiment echoed the theme song by Tom Petty that greeted the community.

Well before the 7 PM start, attendance surpassed the expectation of the BHA and A Better Way, which co-sponsored the Town Hall, for a large turnout. It soon became apparent that the 1,000 seats within Plymouth Church’s sanctuary could not contain the number of people who came looking for a reason to be cheered by the unremitting efforts of these two organizations.

The BHA thanks all our elected officials who were in attendance last night and who addressed the crowd: Council Speaker Corey Johnson, Comptroller Scott Stringer, Borough President Eric Adams, Councilmember Stephen Levin, Assemblymember Jo Anne Simon, and State Senator Brian Kavanagh. And we particularly thank all those who came and stayed throughout the 2-1/2 hour program (you can view a 2 minute video summary here). The extent of the community’s presence amplified the message of the elected officials who made clear that they would not support any plan to rebuild the BQE if the community did not support it.

Councilmember Levin, who introduced Speaker Johnson, said that he “couldn’t support a plan that is so detrimental to the community,” referring to DOT’s two plans, and Johnson followed by saying that he does “not believe rerouting six lanes to the Promenade is a viable solution” and committed the Council’s funds to evaluating every alternative.

The elected officials also made clear that DOT lacks the legal authority to impose any plan by itself, as the City Council and the State Legislature need to approve any final plan. 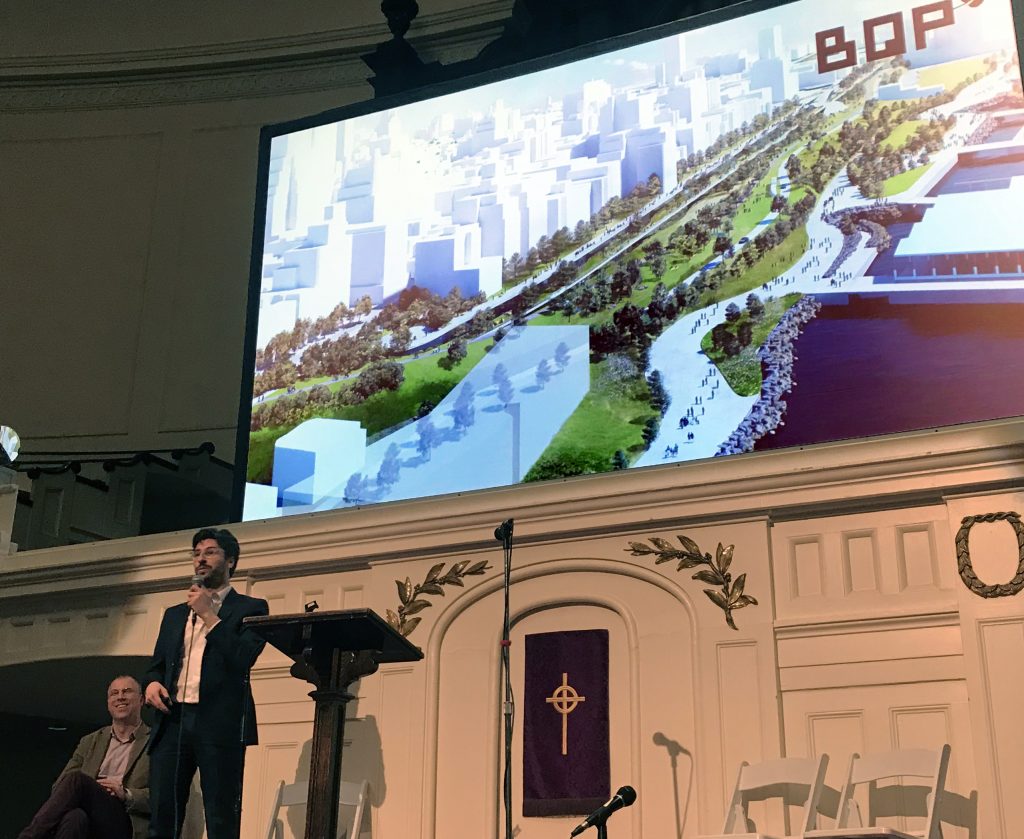 The audience was treated to the presentation of an exciting potential solution by the Bjorke Ingels Group (BIG), an international architecture and planning firm that has spent the last six weeks developing a plan that envisions a ground level, 6-lane highway on Furman Street, which would be covered by up to 10 acres of new parkland, and that converts the existing triple cantilever into a linear park. 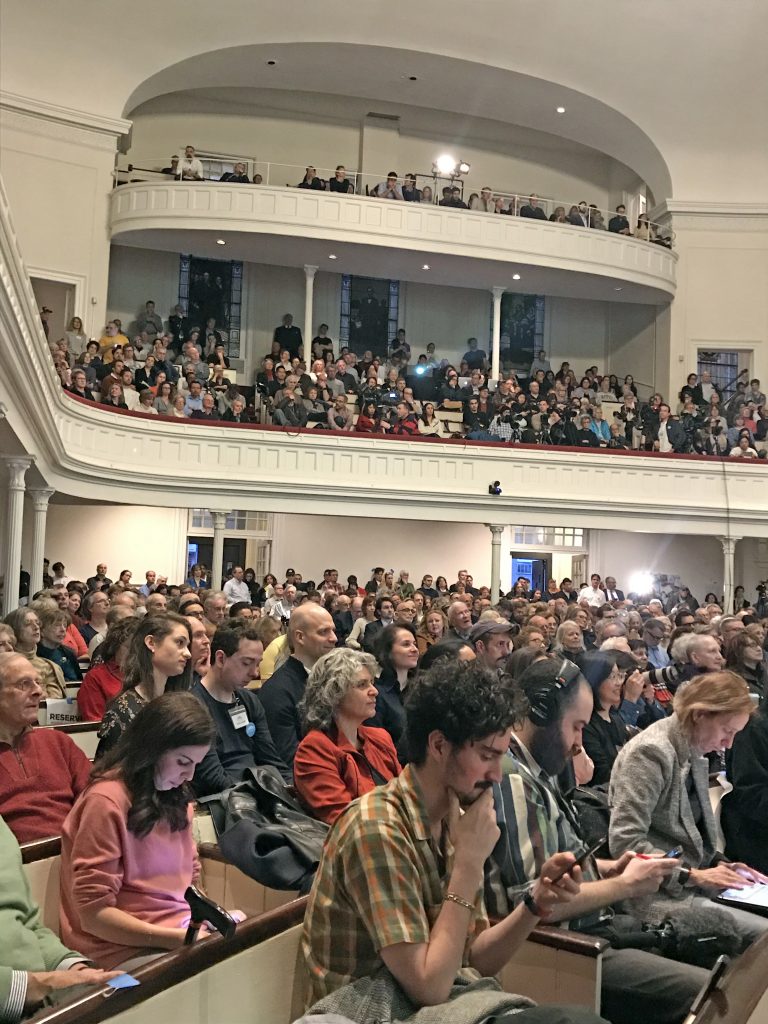 The community was also heartened by the news that Mayor de Blasio has commissioned an independent panel of experts to take a fresh look at the BQE project. Over the next three months, the panel will meet with community stakeholders, engineers, and other professionals to examine all alternatives, ones already advanced (including the Temporary Bypass presented by Marc Wouters) or those that will surface, and make recommendations to the City. The creation of this panel signifies the City’s recognition that its two plans are no longer viable and that it has to be open to another solution.

While the support of our elected officials, the newly established panel, and exciting alternative plans to choose from are all signs of amazing progress, it is too early though to take a victory lap. As BHA President Martha Bakos Dietz told the crowd, “We cannot become complacent.” The community must stay engaged, must attend public meetings, and must continue to advocate with our elected officials. As Comptroller Scott Stringer and Brooklyn Borough President Eric Adams both said last night, every crisis is also an opportunity to develop a new way of thinking and to develop a better, more far-reaching solution that will benefit the City for generations to come.